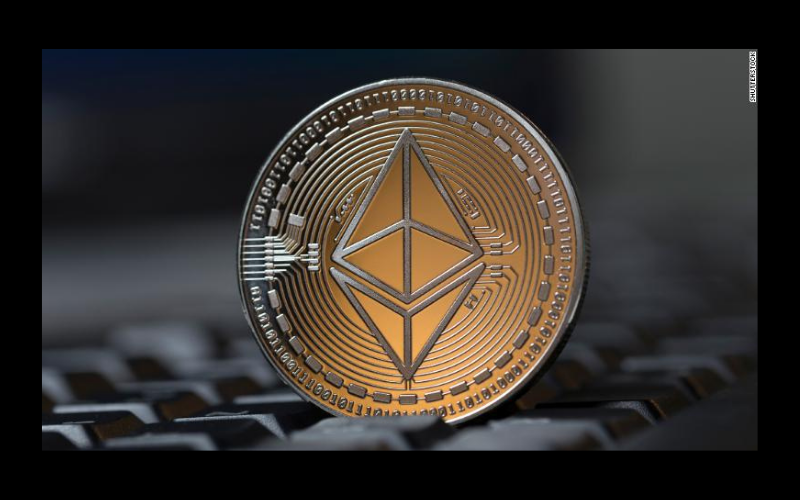 Since the start of the crypto era a bit more than a decade ago Bitcoin has been the dominant asset in the space, attracting the biggest share of investment capital as its value soared above 1 trillion dollars after hitting a high of $65,000 a few weeks ago.  Since then the crypto market crashed hard with Bitcoin losing more than half its value as it hit a low $30,000 a few days ago and then nearly retested those lows during a steep selloff over the weekend. While the volatility in the asset class continues to persist some investors are looking past Bitcoin to make long term bets elsewhere in the space which they consider to be more promising.

Goldman Sachs suggests Ethereum is a better asset than Bitcoin

A leaked research report from Goldman Sachs suggests that going forward Ethereum may be a much better crypto bet for the long term. Ethereum is the number two most popular crypto asset in the space and it differs from Bitcoin in a variety of ways. While Bitcoin is simply a digital token of value Ethereum is actually a network that allows for execution of smart contracts. In short Bitcoin is can be viewed as “dumb money” while Ethereum is an fully working infrastructure platform that enables a variety of economic tasks to be performed in a digital distributed matter.

Ethereum could be the foundation for decentralized finance

The Ethereum network already powers many crypto applications including a variety of lending platforms, token based trading exchanges and the whole world of NFTs which have allowed creators such as artists and musicians to monetize their work. Because Ethereum is a transactional network it also collects fees for each deal it processes known as “gas fees”. The fact that Ethereum generates an income stream for its miners on every transaction that takes place on its network allows investors to assess it on more traditional valuation metrics in a similar way that they  would assess a centralized transaction network such as Visa or Mastercard. This dynamic therefore makes Ethereum an income producing economic asset whose value should rise as its network grows rather than a mere digital token of value.

In the near future, Ethereum may provide yet another point of value versus Bitcoin. Currently both tokens work on what is known as “Proof-of-Work” protocol which is extremely energy intensive because it forces every miner on the network to validate every complex cryptographic transaction.  Bitcoin mining for example uses as much energy as the country of Netherlands and has come under heavy criticism for the fact that it may be adding to the problems of climate change. Although Bitcoin supporters dispute the energy argument as simplistic and inaccurate, pointing out that a large portion of Bitcoin energy use is now harvested from sustainable sources, the greater issue is that such a protocol creates massive congestion on the network nodes as it forces every miner to validate every transaction and slows down the overall process.

Another protocol known as “Proof-of-Stake” sidesteps many of these issues by letting miners validate the amount of transactions relative to their ownership stake in the network. So for example a miner that holds 3% of all tokens of the network would be responsible for validating only 3% of transactions. This creates much more lightweight, nimble approach and also as a side benefit solves the Tragedy of the Commons problem in the “Proof-of-Work” model where a miner than owns 51% of the network could sabotage the process by rejecting the validation coming from any other nodes but its own. Under the “Proof-of-Stake” structure such a bad faith move would damage the majority owner the most as it would compromise the value of the network.

Ethereum’s inventor Vitalik Buterin has stated that he is planning to change the Ethereum protocol from Proof-of-Work model to Proof-of-Stake model by the of this year which would make the asset even more attractive as a platform for decentralized finance.

Investors have clearly responded to the Ethereum narrative as the asset has risen by 1000% over the past year versus Bitcoins gains of 300%. Although its rise has been spectacular, Ethereum is not without volatility. It’s plunge over the weekend below the $2000 level took it more than 50% off its recent highs. A way to ameliorate although not eliminate some of the volatility is to trade the Ethereum/Bitcoin spread. That trade has worked exceedingly well over the past year rising nearly fourfold and although it corrected over the past few weeks, the spread remains in a strong uptrend and if the Goldman analysis proves accurate Ethereum’s infrastructure story will be far more valuable than Bitcoin’s simple digital store of value.