Currencies and equities traded sharply lower on Tuesday as Treasury yields hit pre-COVID highs.  The 10-year yield rose to its highest level since January 2020 while 2 year yields rose above 1% for the first time since February 2020.  Despite softer U.S. data, these moves reflect growing expectations for Federal Reserve tightening. The market has gone from a 60% chance of a March hike to fully pricing in a move with talk of a 50bp hike.  It didn’t matter to investors that the Empire State survey of manufacturing conditions in the New York region turned negative for the first time since June 2020 or that U.S. retail sales dropped 1.9% in December, far worse than the -0.1% forecast.  Inflation is high with oil prices rising to its strongest level since 2014 and they are convinced that the Fed will act in the first quarter.  Currencies and equities fell sharply because investors are worried that companies could suffer if the Fed raises interest rates at a time when data is softening.

The first Federal Reserve meeting of 2022 is actually next week. March is considered the “live” meeting where the Fed could raise interest rates and with Omicron cases surging across the globe, waiting until March is the most sensible move. However, there’s a small chance of an early adjustment in January and the risk of more aggressive tightening either in the form of a January hike or 50bp hike in March is spooking investors.  There’s not much in the way of market moving U.S. data this week but the outlook for the U.S. economy and monetary policy seems to be the driving force for currency flows.

Ironically euro was the worst performing currency.  The German ZEW survey showed an unexpected improvement in business confidence which should have driven euro higher but once U.S. stocks started to melt down, euro followed quickly. France reported a whopping 464,769 new COVID cases in the last 24 hours, its highest level ever.   Italy also reported a record 228,179 cases, nearly 3 times more than the day prior. So while some businesses are optimistic that COVID fears will fade, ongoing virus concerns could limit consumption demand.  The European Central Bank is one of the most dovish central banks and despite the Fed’s hawkishness, the ECB won’t be changing course in the near term.

Meanwhile the best performing currency was the Japanese Yen.  The Bank of Japan left monetary policy unchanged this week raising their inflation forecasts but dropping their growth forecast.  They made it very clear that they have no plans to raise interest rates.  Still, the Yen performs best when stocks fall and risk appetite deteriorates.

The Canadian dollar also outperformed thanks to the rally in oil.  Crude prices have risen 4 out of the last 5 trading days to its strongest level since 2014.  The rally in CAD probably would have been even stronger if Canadian housing starts didn’t fall more than expected in December.  Still, the Bank of Canada is expected to be one the next central banks to open the door to tightening.  Consumer prices are due for release tomorrow and according to IVEY PMI, price growth accelerated in the month of December.  USD/CAD has been flirting with 1.25 for the past few days and strong CPI could be just what the bears need to take USD/CAD below this key level.

Sterling is in focus this week with jobs, inflation and consumer spending numbers on the calendar. Today’s jobs report was mixed with the unemployment rate improving but employment change weakening.  Inflation numbers are due for release tomorrow and like Canada, the pressure for the Bank of England to hike again should grow.  According to the PMIs, which can be a leading indicator for CPI, prices hit record highs in the manufacturing and services sectors.  Sterling traded lower against the U.S. dollar and Japanese Yen today but resumed its rise against euro.  EUR/GBP has been trading in a tight range since the beginning of the year – but a break lower is very likely.

Stronger than expected earnings drove the Dow Jones Industrial Average to record highs. Despite Delta variant fears, rising prices and supply chain shortage, bulge bracket U.S. companies are thriving. More than 85% of S&P 500 companies that reported as of Tuesday beat expectations in the third quarter.  Results like these hardens the case for tapering by the Federal Reserve in November.  Normally, the prospect of taper should be positive for the dollar and in many ways, it has for USD/JPY which rose to its strongest level since November 2017.  However, that’s where the greenback’s gains end as it traded lower against other major currencies. 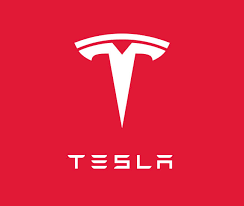